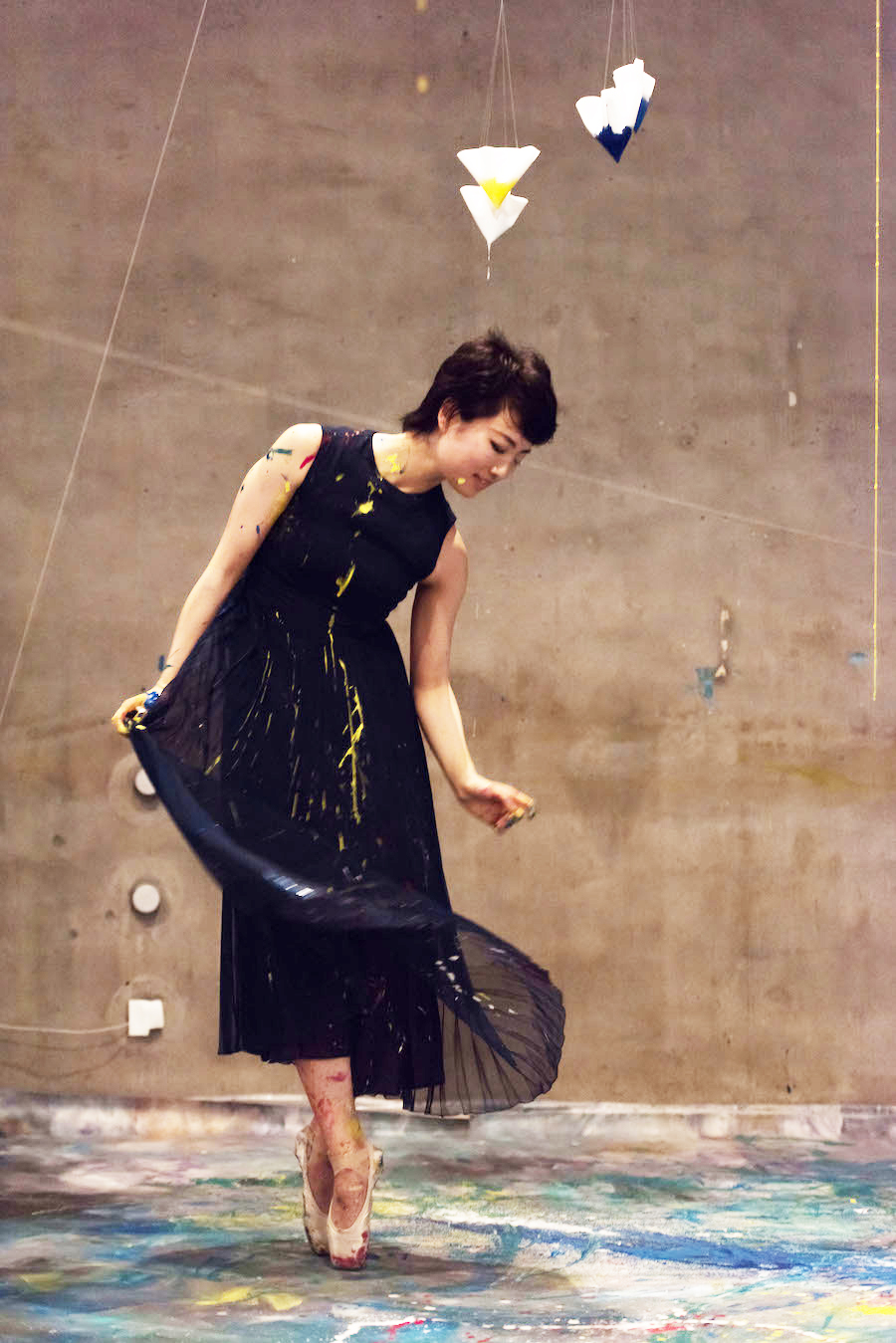 Ree is a performance artist. She can dance and paint in pointe shoes. She started this performance from her imagination of the colors spreading while dancing. She performed it at many art and company events in Japan and also collaborated with many types of artists. The works that were painted have a theme, for example, “The whirlpool” and “The galaxy” and so on. This is an abstract of arc lines. But she can create any lines like straight lines and dots by changing her movement. Then, she also paints flowers, trees, birds, fish, and characters. Finished paintings were described as if they were alive, and a lot of people were moved by it. She also dances on-stage and in music videos, and designs fashion and interior.